The Medieval Art of Armored Combat

Harnischfechten is the medieval art of armored combat. Chivalry Today, the parent organization of San Diego Longsword, offers live demonstrations and workshops to schools, museums, private groups, libraries, and more. Our goal is to engage in pursuit of knightly arts while reflecting on the ideals of chivalry and putting them into practice as is appropriate within the context of the 21st century.

The armored combat program is best described as a fellowship of like-minded individuals seeking to:

Due to the close working relationship that combatants have with one another and the rather extreme level of commitment to training and equipment, participation in our armored program is not open to the public or our general student base. Individuals wishing to participate may privately express their interest, but participation is by invite only and no person should expect to be included. 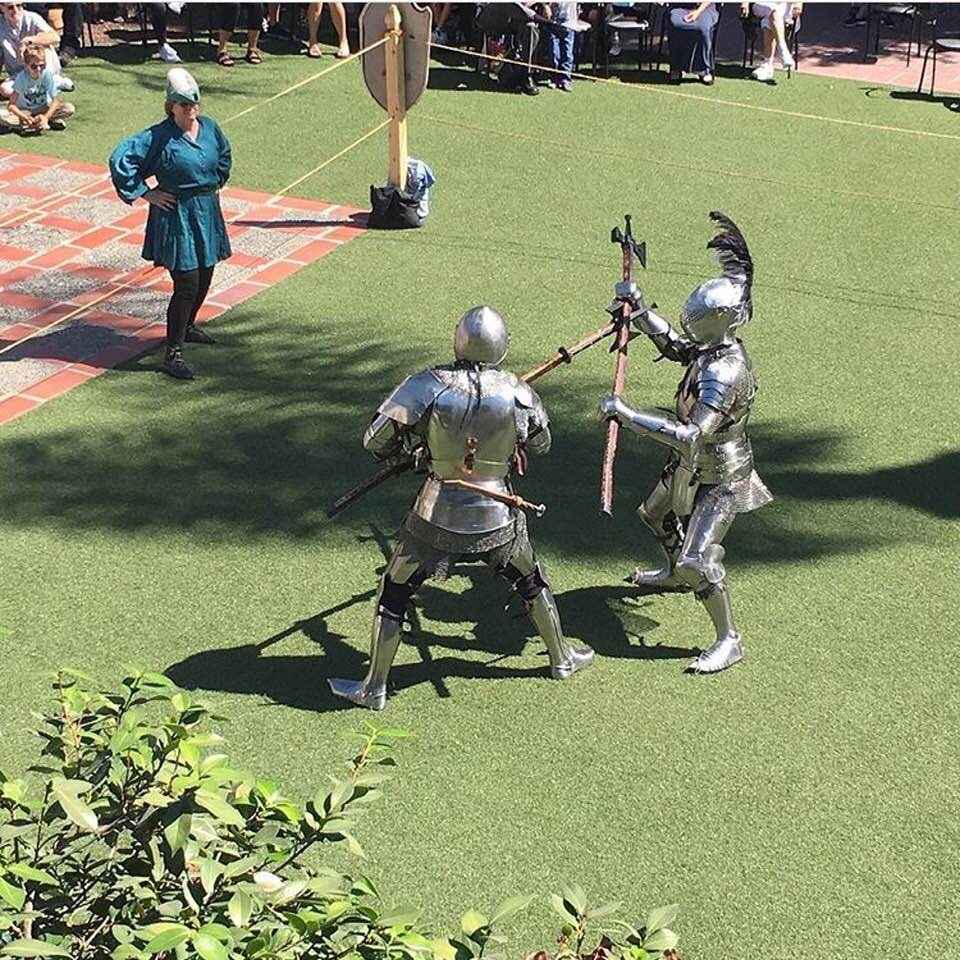 Chivalry Today and San Diego Longsword are dedicated to learning from the code of chivalry and applying the knowledge and insight gained from this warrior’s code to our daily lives. We are dedicated to inclusivity, justice, and equality. We believe in finding equitable solutions to the problems faced in today’s society and are firmly committed to taking action.

We do not tolerate prejudice, discrimination, or racism. All who wish to learn from unabridged history and use this information for the betterment of themselves and society are welcome here.

If you would like information on booking a demonstration for your next educational event, please fill out the form below, or reach out to loreen@chivalrytoday.com

Thank you so much! I'll be in touch shortly.